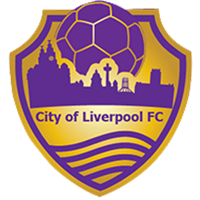 Current Position: Season not started yet

Current Form: Season not started yet

Even though the roots of City of Liverpool FC can be traced back to initial chats, discussions and meetings that took place in 2008, the actual planning for the formation of the club began in November 2014, when Paul Manning, Peter Furmedge and Martin Jones detailed a timeline which focussed on the intention for City of Liverpool FC to be playing football in August 2016, which gave us a generous 21 months in order to achieve our dream.

In early 2015, Stuart Fitzgerald was added to the Executive Committee, and by May 2015 we saw the launch of the club website and social media as interest in the club began to build. As Peter Furmedge was also the resident expert on the legalities of a supporter owned Football Club, he called our very first public meeting for 21st September 2015 in order to legally form the club as a Community Benefit Society, owned by its members. Approximately 50 people turned up and gave their support for us to form the club. Peter had been working alongside Supporters Direct, and confirmation had been received, we were now a supporter owned football club!

Initially, we believed that we would start our footballing life with our own ground within the City boundaries, but for a variety of reasons, this proved difficult. As a new club, our application to join the NWCFL had to be in by 31st December 2015, so given the Christmas period, we had roughly 8 weeks to secure a ground share or shelve our plans for another 12 months. We emailed literally every club or facility that could host Step 6 football within a 35 mile radius and got few replies. None of the other local non-league clubs seemed to want to help us play football!

A breakthrough came towards the end of November when Neil Prince put us in touch with Bootle FC. Calls were made and emails sent and literally within a matter of 10 days we had our ground share agreement to play at the Delta Taxis Stadium, Vesty Road, Bootle – what a relief – when no other team offered to help us, Bootle stepped in and took a gamble!

With our application to join the NWCFL submitted, and having received confirmation that the league management committee were supporting our bid, we were soon able to secure the services of Simon Burton as 1st Team Manager. He had already advised Runcorn Town that he was resigning at the end of the season and within a matter of days, COLFC had appointed him and the club had just taken another massive step forward.

On April 20th 2016, our 3 man delegation travelled down to Wembley to make our case for joining the Hallmark Security League as a newly formed club. We were confident and satisfied that we had made our case and given ourselves the best opportunity to succeed, if indeed there was a space in the league – which was by no means certain at this point. We were told to expect a decision towards the end of May.

We heard back from the FA on May 21st via an email stating that we had been unsuccessful with our application and had instead been placed at Step 7 in the Liverpool County Premier League. However, a Hallmark Security League press release stated Northwich Manchester Villa had resigned from the league at the last minute,so this gave us some hope. There was a place available in the league and the FA confirmed we could appeal their original decision.

The day of our appeal arrived on June 8th. Paul Manning and Peter Furmedge went down to Wembley again to state our case before an FA 3 man committee. We eventually received an email back later in the day with the outcome.......”The appeal is upheld”.......“COLFC will play at Step 6 in season 2016/17” “This decision is final and binding and cannot be appealed by
any party”.

We had the decision that we had worked so long and hard for and the relief was palpable. We had achieved our dream and could now plan for our first ever playing season as a Football Club. City of Liverpool FC was now up and running.

Our first competitive match as a club saw us travel to Prestatyn Town on 9th July 2016. Out of an attendance of 271, approximately 150 Partisans made the journey to North Wales to watch Simon Burton and his backroom staff put the first ever City of Liverpool team on show. It was a great day that saw The Purps run out 3-2 winners, with Declan Gregson scoring the first ever competitive goal for the club. We were on our way - and what a journey it would turn out to be.

The NWCFL fixtures pitted COLFC away against Chadderton on 6th August in our first ever league match. It took The Purps just 8 minutes to register our first ever league goal, and that honour went to fans favourite Allen Weston, who secured his place in the COLFC History Books. A brace from Captain Chris Dykes saw the club win 3-1 away and start the season off with 3 valuable points.

A fantastic crowd of 411 poured into the DTS on 13th August to witness COLFC’s first ever home league game, in what is surely one of the most dramatic matches we have played. After leading 1-0 through an early Danny Dalton goal, our opponents Bacup Borough, who reached the playoffs in the previous season, scored twice in 7 minutes to lead 1-2 with only 3 minutes remaining. The crowd was extremely vocal in their support and in the last minute of the match, Billy Webb equalised for The Purps. The crowd went berserk, we had rescued a point. Hang on, not quite, buoyed by the fans reactions, The Purps went straight on another attack in injury time, and Mike Smith became a hero when he headed a winning goal just seconds after the equaliser. The crowd erupted. We had won 3-2 and in such dramatic fashion. The relationship between fans, players and club was cemented in that moment.

Our debut season of 2016/17 was filled with huge excitement, twists and turns, laughter, community spirit, friendships, not to mention some excellent football.

To finish our first ever season in Hallmark Security NWCFL Division One with the highest home attendance of 747, the highest average home attendance of 471, the most league goals scored (119), the joint least league goals conceded (45) and the the highest goal difference (+74) is truly remarkable, and is down to Manager Simon Burton, Assistant Manager Tom Spearritt and the coaches, Phil MacDiarmid and Tony Dunne for all their effort and hard work throughout the season, as well as all the players who have pulled on the Purple Jersey.

However, for City of Liverpool to win The Reusch Cup, The Macron Cup, Promotion to the Premier Division via the Play Off Final, the Coral Non-League Team of the Year Award, not to mention Simon Burton winning Division One Manager of the Season, and Stephen Longrigg winning Division One Goalkeeper of the Season is just a truly amazing achievement! Especially for a brand new football club in their debut season! We now look forward with great anticipation to the challenge of Step 5 football, and to competing for more honours as we strive to build up our football club and provide the community with a team they can be proud to support.

Parking Facilities: There is parking onsite for 60 vehicles. Please be aware of any parking restrictions if parking outside the ground.