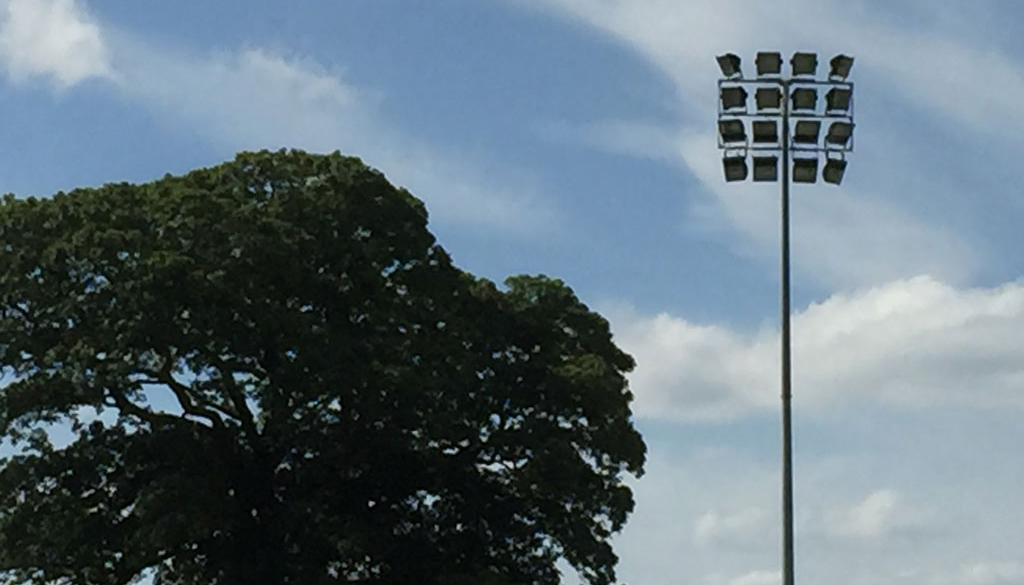 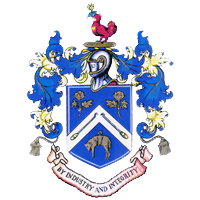 Think of a club that was the first English side to beat Real Madrid away from home. A side that also won away at Old Trafford in the same season. A side that has obtained positive results against six current Barclays Premiership clubs in league games (Manchester United, Crystal Palace, Hull City, Fulham, Southampton and Stoke City). A side that played in the Football League for ten seasons and has played competitive games against 34 current sides in the top four divisions. A side that has played many FA Cup ties in the competition proper with a record home attendance of over 14,000. All this, and more, has been achieved by ‘The History Boys’ of Nelson FC, also known as ‘The Admirals’.

The origins of Nelson FC can be reputedly traced to a group of townspeople who in 1881, on witnessing a local football match between Burnley and Blackburn, were inspired to form their own team. However, it wasn’t until 1889-90 that they competed in a senior competition, joining the Lancashire League upon its formation. The Blues started well, with a series of top six finishes, and claimed the title in great style in 1895/96, winning 22 of their 30 games and scoring 105 goals. However in 1898-99 the original club was disbanded.

Just a few months after their demise, Nelson were reformed and accepted into the North East Lancashire League, later joining the Central League. When football resumed after the First World War, Nelson embarked upon the most remarkable adventure of their history. In 1921 the thirteen non-reserve teams of the Central League were voted into the Football League`s newly formed Third Division North. The first league match, on August 27th 1921, brought a record attendance at Seedhill of 9,000.

The next season, 1922-23, saw the Blues lead a close race for much of the season, and five wins in a row during April saw them romp away to the title. One team was promoted from each of the Third Division North and South of the Football League at that time, and it meant Nelson were entering a nationwide league for the very first time. On the back of their title triumph, and in preparation for life in Division Two, Nelson took the remarkable step of an overseas tour to Spain, in May 1923. They performed with some success, winning two of their four games - a 2-1 success against Real Oviedo and a 4-2 victory at Real Madrid.

Unfortunately Nelson`s time in Division Two was to be short-lived, lasting just the one season in which they finished second-bottom of the table. It was clear early on that they were struggling both on and off the pitch, but they achieved some remarkable feats on the way. They had a home victory over champions-elect Leeds United, one of only nine league defeats for the Yorkshire side. And their first away victory came at Manchester United. Few non-league clubs can claim to have won away at both Real Madrid and Manchester United!

A return to Division Three North brought a drop in attendances, though big games saw new records established, such as 13,500 for the visit of table-topping Darlington. That first season back in the third tier of the Football League saw a second-place finish to the North-Eastern side, hence no promotion, and was to be the last time the Blues seriously threatened a return to the national stage.

The next season brought a new and never beaten record attendance at Seedhill of 14,143 for the visit of leaders Bradford Park Avenue. The home team went two goals down but came back to draw 2-2. Two seasons later Nelson became serious strugglers, finding themselves £6,500 in debt. A rock-bottom finish meant a re-election application. They had conceded 136 goals during the season, and all the problems seemed to be down to insufficient gate receipts during difficult times for the area. Re-election was granted in 1928, but three seasons later Nelson were back in the same situation, and 1930-31 was to be their final season as a League club. Nelson struggled on in the Lancashire Combination without winning any honours, and things became much bleaker in 1936. A big loss was incurred that season and the club disbanded on 7th August.

Following the war, Nelson returned to action and to the Lancashire Combination. They were involved in some terrific tussles for the title with Wigan Athletic over the next few seasons, winning it twice in 1949/50 and 1951/52. In those three seasons of 42 league games apiece, Nelson scored 125, 120 and 139 goals respectively. The first title season also saw Nelson clinch the Lancashire Combination Cup to seal an historic Double in what was at the time one of the premier leagues in the country outside of the Football League.

The men at the forefront of this period of success were two young player-managers. Centre-half Bob Johnson moved from Burnley for the start of the 1949/50 season and, when his contract expired, the Blues landed a young man from Manchester City, 30-year-old Joe Fagan. The team built by ‘Uncle Joe’ romped to the title in his first season in 1951/52. Joe left to join Liverpool`s boot room team in 1958 and 25 years later he was the manager who took the Reds to a European Cup, League Championship and League Cup treble.

As Fagan was beginning his long association with the Merseysiders, Nelson’s fortunes were to move, quite markedly, in the opposite direction. A third Combination Cup arrived in 1959/60, but a second place finish in 1960/61 was to be the nearest they came to winning the Combination title again. A third place was collected in the final season of that League in 1981/82 - which by this time had lost much of its former quality and status - before the restructuring of the non-league pyramid.

Nelson joined the Third Division of the newly created North West Counties League - an amalgamation of the Lancashire Combination and Cheshire County League - in 1982. During that era, Nelson also moved out of their old Seedhill ground, and it was sadly demolished to make way for the M65 motorway, although subsequently the route was tweaked and most of the original site is still intact, minus of course the stands and buildings. The club were transferred into the Second Division of the North West Counties League when the Third Division was dropped six seasons later.

However, after one more season, the club`s new ground was deemed not to be up to league standard, and the team were forced to play in the Second Division of the West Lancashire League for four seasons. It was a tough period for the Blues, and they finished no higher than 15th in that time. After much hard work, the new ground at Victoria Park - known by the locals as ‘Little Wembley’Â - was brought up to scratch, and the club were re-admitted to the North West Counties League. In the years that followed, Nelson usually finished in the top half of the lower Division.

A cruel end to the 2000/2001 season saw Nelson finish above Atherton LR in the third and final promotion place on the final day of the season, only to see the latter granted a replay of their final game as their opponents had fielded an ineligible player. Atherton won the replayed game to snatch away third spot from the Blues.

Former Blackburn Rovers coach David Hall took over the manager`s role at the start of the 2004/05 season, and set about rebuilding a fresh young team. Hall was to leave after a poor start to the following season, but his assistant Graham Howarth took over and oversaw an incredible late run which propelled the Blues to a third place finish, bringing with it a first promotion for the club in 83 years.

The club fought off relegation threats and maintained a place in the Premier Division for four seasons before administrative troubles forced the club to resign from the NWCFL in the summer of 2010. After a year out to regroup, Nelson rejoined the First Division under new ownership. With a mixed board containing English and Asian board members that reflect the diversity within the town in the modern era, the club now aims to build a strong multi-cultural community club that acts as a bridge between diverse sections of the community uniting everyone under the common banner of football and providing a pathway into senior non-league football for any local players good enough, regardless of their race or religion or background. Longer term the club want to re-establish themselves as the leading non-league club in the region and eventually regain the Football League place they lost in 1931.

The first season back was a transitional one as the new owners learnt about life running a senior football team and a 15th place finish was achieved. The 2012/13 season started with a new young management team of Robert Grimes and Michael Morrison and things started well with The Admirals racing to the top of the table. However cracks soon started to appear and a couple of months in the management team departed along with most of the squad. Nelson limped along for a few weeks taking some heavy defeats due to fielding what was effectively the clubs reserve team before manager Mark Fell arrived. He immediately brought stability to the club and an upturn in fortunes along with a host of new signings. Through his contacts he also established a permanent training ground and base for the club at Accrington & Rossendale College meaning the club now boasts exactly the same training facilities as League Two neighbours Accrington Stanley. On the pitch the side recovered to a mid table 10th position.

2014/15 saw the Admirals return to the NWCFL Premier Division with The Blues managing to finish a respectable 11th place, the club’s highest position in over 30 years. Last season ,despite a bright start, a run of 7 defeats in 9 games saw Mark Fell decide to step down as Manager and replaced by ex Nelson Striker Paul Fildes who guided Nelson to 16th by the end of the season. Just before preseason Fildes was offered the Manager position at Ramsbottom Utd and left Nelson looking for a new manager. Ahead of the 2016/17 season ex Burnley player Phil Eastwood was appointed Manager however after only 1 win in the first 10 league games Eastwood stood down in October. The Admirals decided to promote Youth Team manager Alex Norwood to First Team Manager as the club look to avoid relegation from the Premier Division. Unfortunately relegation was confirmed and now the club are looking to bounce back and fight at the top end of Division One.

Nearest Bus Route to Ground: The nearest bus stop is outside the ground which the number 8 bus locally runs along

Parking Facilities: There is on street car parking outside the ground, but no on-site parking for supporters. There is also parking 300 yards away either side of the ground at the business village or next to Victoria Park.

Ground Facilities: Nelson have a main bar in the clubhouse serving hot and cold drinks, plus pies and cold snacks. They have covered seating in our main stand for over 150 people plus a little extra space for standing. The other three ends are open.

The club also has outdoor access toilets and a club shop, and runs a golden goal draw and a football card on matchdays to raise funds for the club.