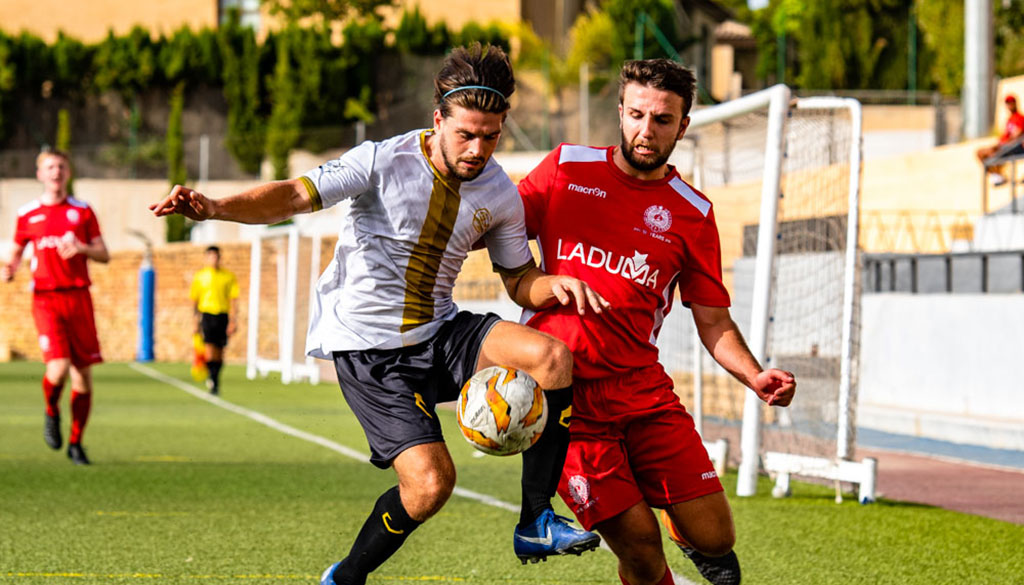 AFC Liverpool was formed in 2008 by 1,000 Liverpool FC fans who had become increasingly frustrated at the cost and difficulty in obtaining tickets for Premier League matches. The mooted ‘39th game’, in which Premier League fixtures would be played in different parts of the world, proved to be the final straw as it clearly highlighted that those who ran top flight football were more concerned with money than its fans.

A website was created and, with the response being positive, work began to move to the next stage and create a steering group to make the club a reality. At the beginning of March 2008, AFC Liverpool was officially formed and it was made clear that the club was not in any way a response to the contentious ownership issue at Anfield or as a protest against Liverpool Football Club. It was a response to issues at the top end of football in general.

The new club's spokesman, fomer Radio Merseyside commentator, Alan Parry explained: "This has nothing to do with the ownership issue (at Liverpool FC), it's about affordability. I've been going to Anfield since the late Seventies when I was six years old. A season ticket in the Kop cost £45 in 1985, today it's £650, which I know is a lot cheaper than some other Premier League clubs, but in inflation terms Eighties prices should equate to £98 today.” Parry added: "Far from wishing to be estranged from the club, we are hoping that Liverpool will look upon us as a little brother."

By May, AFC Liverpool had appointed its first manager in Derek Goulding. The following month the club arranged a ground share with Prescot Cables and had been accepted into the North West Counties Football League.
On 16th July 2008 the club played its first game at the home of Ashton Town, a 1-1 draw in a friendly with St Helens Town. Mark Crowder scored the Reds first goal with a well taken penalty and a crowd of nearly 600 augured well for the season ahead.

The club began its first league season extremely well, beating AFC Darwen 5-0 in their opening competitive game which heralded a run of ten wins in the first eleven games. However, they failed to keep this momentum going, eventually finishing a creditable fourth in the league. The season did prove fruitful though as a 1-0 victory over Padiham in First Division Trophy Final at Ashton Athletic provided the club’s first piece of silverware.

The 2009/10 season began with three successive victories but after this became indifferent at best. After a 5-2 home defeat to Atherton Collieries on Easter Monday, Derek Goulding left the club and ex- assistant and goalkeeping coach Paul Moore was appointed caretaker manager.

Under Moore’s stewardship the club had a strong end to the campaign, winning five out of their last seven league games and achieving a fifth place finish in the league. They also retained the First Division Trophy, coming from behind to beat Cheadle Town 2-1 in the final at Flixton. In doing so, AFC Liverpool became the first club to win the Trophy twice and to successfully defend it.

The 2010/11 began in promising fashion with the Reds going on a ten game unbeaten run after an opening day loss at AFC Darwen. However, despite amassing their highest ever points total, promotion never looked likely because of the form of would be champions AFC Blackpool and second placed Runcorn Town. The Reds eventually finished fourth, narrowly missing third place on goal difference. There was further disappointment in the First Division Trophy when they reached the final for a third successive season only to lose to Atherton Collieries 3-2 after extra time. In the FA Vase, steady progress was made to the third round, where their dreams of Wembley were dashed by a defeat at holders and eventual winners, Whitley Bay.

However, at the League AGM in July 2011, there was a surprise when Rossendale United were expelled from the league and Formby were demoted to the First Division. Holker Old Boys, who finished above AFC Liverpool on goal difference, were offered but declined an invitation to take up a place in the Premier Division. The Reds were invited to take the place and duly accepted, meaning they would play Premier Division football the following season.

The 2011/12 season started badly in terms of results as the club had to wait until November for their first League victory, a 7-0 demolition of Winsford United. Indeed the result proved to be something of a turning point as the club, who had been rooted to the foot of the table, began the steady climb out of relegation danger, ultimately finishing in nineteenth place.

The 2012/13 season saw the club consolidate its position in the Premier Division with an eleventh placed finish, accumulating sixty points in the process. As the season progressed, manager Paul Moore built a core squad of players, which played some of the most exciting, attractive football in the league and, post-Christmas, won fifteen and drew five of twenty eight games, including a defeat of eventual Premier Division champions Padiham on their home patch.

The performances were rewarded in the final game of the season as the Reds beat recently crowned champions of the Evo-Stik NPL First Division North, Skelmersdale United, 3-0 in the Liverpool Senior Cup semi-final to book an all North West Counties League clash with Bootle in the final.

In 2013/14 the Reds started the campaign at a pace, topping the early tables. They fell just short of being the youngest club to claim the Liverpool Senior Cup, losing the final to Bootle on penalties, and remained among the league’s pacesetters until November and December when they began to drop away. Paul Moore’s side regained their consistency though and eventually achieved their highest ever league finish, ending up seventh with a total of seventy points.
In 2014/15 AFC Liverpool managed to record their highest ever win with a 9-0 victory against St Helens Town before eventually finishing ninth in the Premier Division. They also reached their second Liverpool Senior Cup final, beating Ashton Town, Everton and Bootle along the way. In an exciting final, which saw both teams score in the opening two minutes, the Reds were unable to claim the trophy, losing 5-4 to NPL side Skelmersdale United.

The Reds started the 2015/16 season in fine form, winning five out of their first six games, including a 9-2 away win at Chadderton in the FA Cup and a 3-2 win against NPL side Radcliffe Borough in the following round, sending them through to the First Qualifying Round for the first time. At the end of September 2015 though, manager Paul Moore decided to move on and his place as taken by former midfielder Joe Gibbons, who had been on Moore’s backroom staff firstly as coach and then assistant manager since July 2013. However, after a good start to his tenure, a string of poor performances and results saw Gibbons resign after just nineteen games in charge. First team coach Kevin Dally was then appointed as the interim manager and with most of the players also having departed, Dally had just five days to bring in almost an entirely new squad before his first match in charge at Alsager. The Reds came from two goals down to secure a creditable 2-2 draw. Dally’s appointment was made permanent in March 2016.

With the luxury of a secure league position Dally was able to use the remaining fixtures to embed his style of play and try out players almost in preparation for the following season. As a result the club finished 17th in the league but were in a much stronger, much more stable position from which to move forward.

Despite much optimism around what the 2016/17 season would bring, due in no small part to the quality of players Dally had convinced to join the club, the Reds endured an inconsistent campaign. An early exit from the FA Cup at the hands of West Didsbury & Chorlton and a humiliating 6-0 home defeat to local rivals Bootle in the FA Vase meant the Reds could concentrate on the league. For much of the season they were in the top six but a dreadful final two months of the campaign saw them finish 12th, having had three points deducted for fielding an ineligible player earlier in the season.

At the beginning of June 2017 Kevin Dally offered his resignation as first team manager, a decision the Board reluctantly accepted. After a rigorous recruitment process former first team coach Chris Stammers accepted the job and with it the responsibility for taking the Reds forward into the new season.

Despite some signs of promise in the opening weeks, the Reds went on a catastrophic twelve match losing run lasting from mid-September up until early November. The nadir was a 4-5 defeat at Squires Gate, a team on a worse losing run and managed by their Chairman on the day. It was already then apparent that a relegation battle was a real possibility. That unacceptable losing run ended with a deserved, if unlikely, 1-1 draw at local rivals City of Liverpool. Stammers' side continued to stutter along beating relegation rivals AFC Darwen and Abbey Hey, but losing to promotion chasing Widnes. Defeat at home to Burscough on 23rd December proved to be the last straw for Stammers, who resigned shortly after, bringing his deeply disappointing tenure to an end. He was followed out of the door by a host of players whose motivation clearly wasn't playing for the shirt.

The Board were now left with the task of appointing a second Manager in six months. Stammers' assistant Stuart Keir and reserve team manager Ben Williams were appointed joint managers on an interim basis. They marked their first match with a dogged 0-0 draw at home to Squires Gate and were eventually appointed as permanent managers. The final weeks of the season saw some encouraging performances from a team the fans were proud to turn out and support. Keir and Williams had ensured that the Reds' fate was in their own hands on the final day of the season; victory over Charnock Richard would ensure Premier Division status. Despite taking the lead in the opening ten seconds, we eventually lost 2-1 confirming relegation to the Hallmark Security League First Division North.

Directions: M57/M58 take the A5036 signposted Bootle & Docks, at the roundabout under the flyover turn right onto the A565 following signs for Crosby and Marine AFC. After passing Tesco Express on the right, turn left at the traffic lights (by Merchants Taylors School) into College Road, ground is approx ½ mile on the left.

Parking Facilities: There is a small car park at the Marine Travel Arena but this is unavailable to the public on match days. Parking is available on the streets around the ground, some of which is Pay and Display.

Ground Facilities: The Marine Travel Arena is one of the best maintained grounds in the NWCFL. It boasts a tea bar that serves hot pies and burgers as well as the usual range of hot drinks. The bar in the Graham Lounge is also open on matchdays and both Skysports and BT Sport are available. There is a large covered stand behind the goal, covered standing along one side of the ground and open standing behind the other goal. There are clean and modern men’s and ladies toilets underneath the stand.